Respiratory diseases are relatively common in the United States. There are all sorts of respiratory diseases, but you’ll learn the most common ones in this article. Thankfully, medical science has studied most of these diseases intensively, which means there are treatments for them. However, this doesn’t mean that they aren’t fatal. Some diseases on this list have the capability of hurting, disabling, and even outright killing you, so make sure to avoid them.

The most common respiratory disease in the US is asthma, and it’s usually coupled with allergies. About 25 million Americans have it, and this number increases every year.

Asthma isn’t a highly lethal disease. However, people have died due to asthma. This is primarily from asphyxiation. People who don’t get treatment for their allergies are likely to have more asthma in their lifetimes, and their asthma attacks are also expected to be more fatal. That’s why it’s such an effective treatment to get, and one you should get for your kids that have both asthma and allergies.

Both of these diseases are highly genetic, usually occurring during early childhood. However, eventually, some outgrow these diseases. But most have to live with them for the rest of their lives since there is no known cure for them. Treating the symptoms has proven to be an effective lifestyle solution for those with this respiratory disease.

COPD is the subsequent most common respiratory disease in the United States, affecting more than 16 million Americans, with many more are left undiagnosed.

It’s pretty hard to determine the early onset of COPD since symptoms are pretty common to asthma and other respiratory diseases. It’s only when the disease has reached its fatal point that most people get diagnosed with it.

Essentially, COPD is a disease that inflames and thickens your lung’s passageways, making it harder for you to breathe. Since you get less oxygen in your body, your tissues expire faster. It’s not fatal in any way during its onset, but as time gradually passes by, COPD becomes as lethal as cancer.

People who get COPD are discouraged from doing sports or any physically taxing activity. However, meditation and yoga have been known to help people. Moreover, people who have this disease have also gradually changed their diet and avoided vices like smoking.

COPD can disable a person for life if it reaches its later stages. So do your best to get treatment if you have it, so it doesn’t get fatal.

All sorts of lung diseases exist in the US, and they are some of the most prevalent respiratory diseases in the country. Currently, there are two main types of lung disease: lung cancer and lung infection, also known as pneumonia. Both are dangerous when left untreated, especially lung cancer.

There are about 541,000 people in the US diagnosed with lung cancer. This number continues to increase annually since there were only 234,030 new lung cancer cases back in 2018.

The constant increase of lung cancer in the country is attributed to Americans’ lifestyles. Smoking is still prevalent in many states despite various policies that aim to decrease smoking. The tax increase of tobacco could stem the tide of smoking, but only by a small margin. 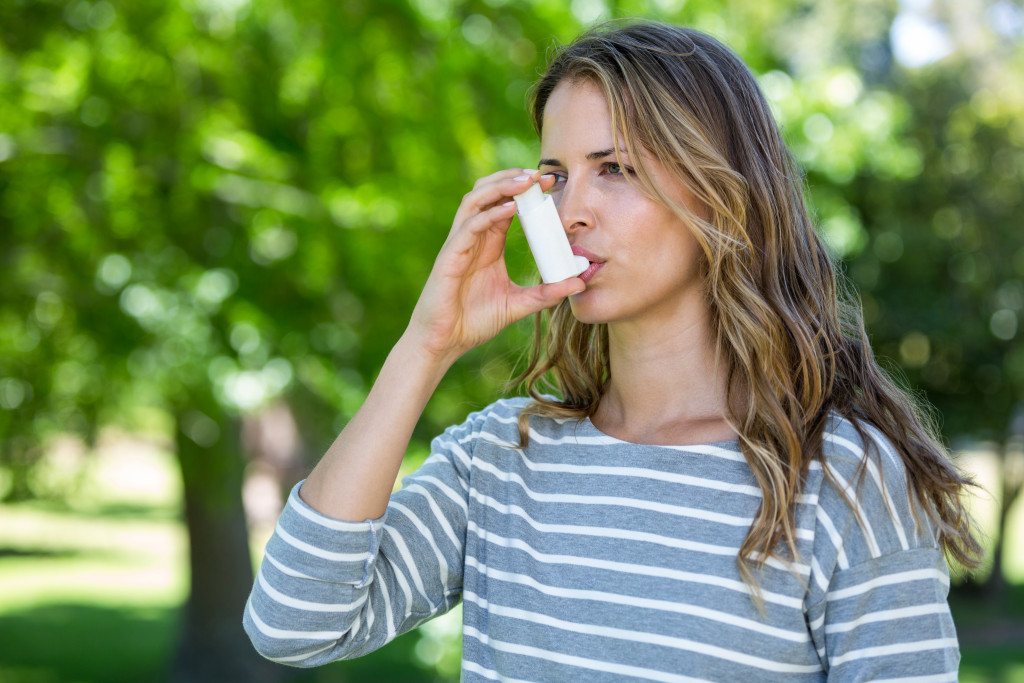 The next type of lung disease is a lung infection, better known as pneumonia. It’s not as fatal as lung cancer, but it affects more people in the US annually.

About 1.5 million Americans get pneumonia yearly. This is attributed to varying factors, such as lifestyle and climate. Sometimes a pneumonia outbreak can happen since some types of pneumonia are infectious. People who smoke are vulnerable to this disease. Those who live in colder states are also likely to get it.

This particular disease isn’t deadly unless some complications happen. One complication that has increased the lethality of pneumonia is COVID-19. People who get the virus while having pneumonia have a low chance of surviving. It’s of the utmost importance that patients with pneumonia are isolated from people with the virus.

Although numbers of TB have been gradually decreasing in the US, due to vaccinations and much healthier living standards, thousands of Americans still get this disease.

TB is primarily caused by germs found in the air. It’s highly contagious, and a person with TB can easily pass it unto another. Vaccinations have been known to be effective in protecting oneself against this disease. Additionally, hospitals are more knowledgeable in treating it.

These are the most common respiratory diseases in the US. We’ve come a long way in understanding these diseases, which are highly treatable. But prevention is better than cure, so now that you know about it, hopefully, you can learn to avoid it.